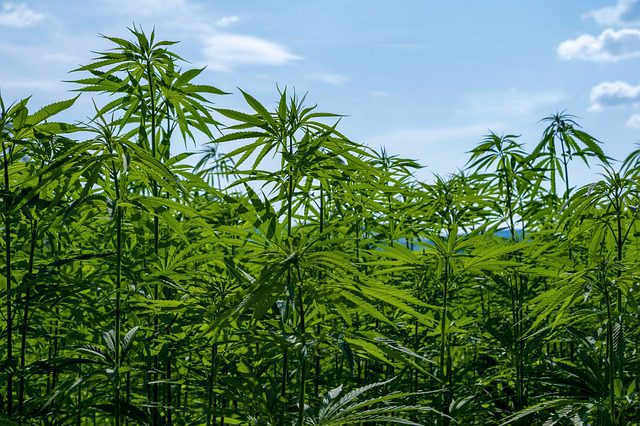 As federal marijuana prohibition slowly fades away into the depths of history, the burgeoning legal recreational cannabis market is poised to usher in a green rush for the US economy. And while many are excited about the fiscal implications of this entirely new economic sector, and rightfully so, there is another “green” market on the rise that isn’t getting quite as much attention.

When Congress passed the Agriculture Improvement Act of 2018, also known as the Farm Bill, last December, it effectively ended the federal government’s prohibition of industrial hemp. And just six months after its passage and subsequent declassification as a federally controlled substance, hemp is already proving itself to be a lucrative crop for farmers, consumers, and job-seekers. In fact, hemp has so much potential economically speaking, it leads many to wonder why it was ever illegal in the first place.

What Is Hemp, Anyway?

If you ask any given passerby on the street what hemp is, it’s likely they will be able to tell you it has something to do with the cannabis plant. However, many might not be able to expand on what exactly sets hemp apart from the marijuana that is typically smoked or consumed to induce feelings of euphoria.

To be sure, while hemp and marijuana are both derivatives of the cannabis plant, they are very different. Its most significant difference lies in the fact that hemp has drastically less tetrahydrocannabinol—or THC, as it is most commonly referred to—than marijuana. While this has always been the case, it was not until the passage of the Farm Bill last year that the legal definition of hemp was officially set to be defined as a part of the cannabis plant that contains less than 0.3 percent THC.

Now that there are no longer legal ramifications for its cultivation, the floodgates have been opened for this new market.

For those unfamiliar, THC is the chemical responsible for inducing the “high” commonly associated with “smoking weed.” But since hemp has such low traces of THC, you would have to smoke ungodly amounts before inducing the same high as you would from, say, smoking a joint. In fact, while it is often said in jest that a person would need to smoke a joint the size of a telephone pole in order to get high on hemp, this is actually not that far off from the truth.

Yet, even though hemp does not contain the same psychoactive compounds as marijuana, the government still lumped it into the same category as heroin and LSD, successfully preventing it from becoming a cash crop for farmers and a commodity for consumers. However, now that there are no longer legal ramifications for its cultivation, the floodgates have been opened for this new market.

The Other Green Rush

Some might be shocked to learn that hemp is one of the earliest domesticated plants and has been cultivated by humans for more than 12,000 years. It is also currently used in some 25,000 products from automotive parts, rope, furniture, textiles, food, beverages, beauty products, and construction supplies. Hemp also contains cannabidiol, or CBD, which has been effective in combating insomnia, anxiety, chronic pain, and other ailments and has been a major reason for the hemp boom currently being experienced throughout the country.

In fact, CBD has become such a popular product in the health and wellness world that one hemp farmer in California even recalls,

I've had people come up to me and shake my hand for growing hemp because of the CBD, because they truly think it is going to help them.

To put this number into perspective, according to the Brightfield Group, a Chicago-based cannabis research firm, one acre of land can house anywhere from 1,500 to 2,000 hemp plants, which can generate $40,000-$50,000 for producers. Looking at the bigger picture, the Brightfield Group also estimates that the legal CBD market could be worth $20 billion by the year 2022.

Vote Hemp’s 2017 US Hemp Crop Report found that 23,343 acres of hemp were cultivated in America that year alone. In 2018, that number rose to 77,000 acres. Now that hemp is legal nationwide, this number is expected to skyrocket during 2019.

In rural parts of the country where farmland is plentiful, this presents a huge opportunity for the agricultural sectors. In Massachusetts alone, for example, there are over half a million acres of farmland. And for many farmers, growing hemp has become far more beneficial than growing traditional crops like corn, soybeans, and even tobacco.

If the industry continues to grow at this rate, innovation is inevitable.

In Kentucky, Brent Cornett, a farmer and member of the hemp grower’s group Atalo Holdings, explained how over the last three years he has been increasingly replacing his tobacco crops with hemp. “There’s been plenty of challenges with a new crop, but as of today, a mediocre hemp crop is yielding a better return than an excellent tobacco crop,” Cornett explained. Cornett has also increased his hemp cultivation from 20 acres in 2016 to 85 acres in 2018.

Another farmer in Northern California, Ben Roberti, has also been experimenting with the cultivation of hemp. Traditionally a dairy and alfalfa farmer, Roberti has been worried that he has to diversify his crops if he wants to stay in business.

So many of the dairies are shutting down on the west coast that we just don't view alfalfa as a commodity for the future.

While hemp requires less water on average than a tobacco plant, it is harder to harvest. This is largely due to the fact that the harvesting process just hasn’t been perfected yet. According to Roberti, it is labor-intensive since no commercial machinery exists yet to aid in the process. However, if the industry continues to grow at this rate, innovation is inevitable.

The hemp CBD industry is growing exponentially and presents a real opportunity for rural economic development, with tremendous enthusiasm from consumers.

“Job creation is going to happen in every economic bracket,” said Erica McBride Stark, executive director of the National Hemp Association. “The hemp industry will create high-skilled management jobs, labor-type jobs and everything in between. It’s going to touch all of society.”

It’s hard to find any downsides to the burgeoning hemp market. The real question is: why did it take so long to get here?

While the cultivating, processing, and manufacturing of hemp are the most obvious areas where new jobs can be created, this is just the tip of the iceberg. With new products and companies popping up as a result, the industry will have a pressing need for lawyers, compliance officers, accountants, IT specialists, marketing specialists, retail employees, transporters, researchers, CEOs, CFOs, and everything in between.

HempStaff, a job recruiting site for the cannabis industry, has seen job openings double over the last year, now accounting for 16 percent of its business. Indeed, a more general employment search engine, has seen a sharp rise in job openings in the legal hemp sector. It’s hard to find any downsides to the burgeoning hemp market. The real question is: why did it take so long to get here?

Why Did It Take So Long?

Like many sectors, the lack of growth and innovation in the hemp sector is a result of government regulation. While the cultivation of hemp in America can be traced back to the time of the founding of the Jamestown Colony, in 1937 the crop garnered a bad reputation after it was labeled “the evil weed.”

Due to its relationship to marijuana, hemp was lumped into the Marijuana Tax Act of 1937, which passed a $100 transfer tax on its sale, making it too expensive to cultivate. However, the reasons behind this tax had more to do with protectionism, specifically involving William Randolph Hearst and the Dupont company.

As explained by Global Hemp:

Those thought to gain the most were Hearst who owned large timber holdings which feed the paper industry. DuPont who dominated the petrochemical market, which manufactured plastics, paints, and other products of fossil fuels and the Secretary of the Treasury and owner of Gulf oil Andrew Mellon who pushed legislation through Congress giving tax breaks to oil companies. The Conspiracy was against hemp, it threaten[ed] certain vested financial and industrial interest especially those in the paper and petrochemical industries.

During World War II, the government made an exception since hemp was a great source for making rope and other textiles, allowing farmers to grow it legally once more. However, as soon as the war ended, so did the government's leniency.

It may have taken nearly eight decades, but now that federal prohibition is coming to an end and more information about hemp is available, more people are understanding the significant role this part of the cannabis plant can play in stimulating economic growth all across the country.

Brittany is a senior writer for the Foundation for Economic Education. Additionally, she is a co-host of Beltway Banthas, a podcast that combines Star Wars and politics. Brittany believes that the most effective way to promote individual liberty and free-market economics is by telling timely stories that highlight timeless principles.

This article was originally published on FEE.org. Read the original article. 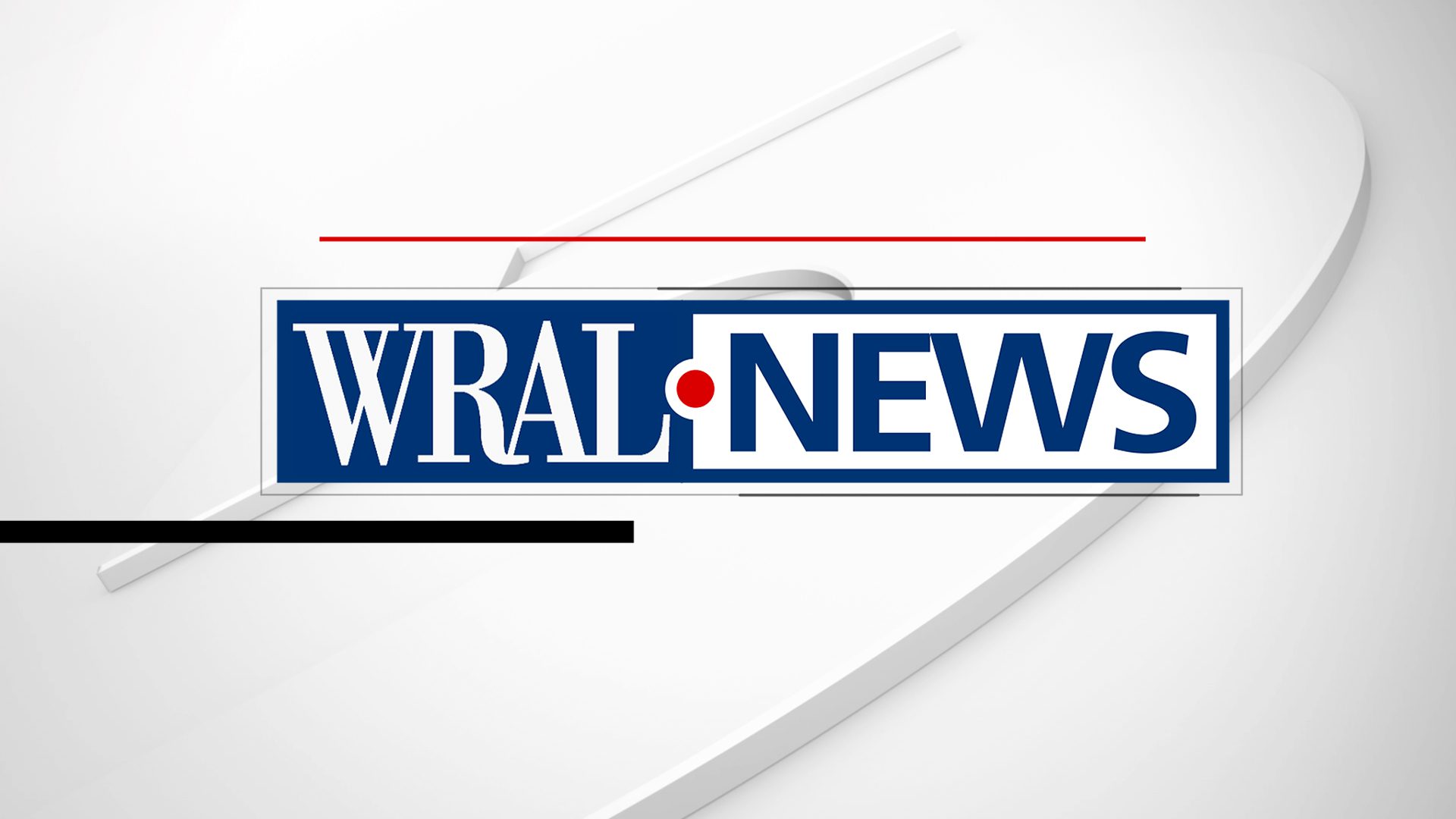 In a recent on air piece (and online), entitle "5 ON YOUR SIDE: What is Cannabidiol? The ABCs OF CBD", WRAL of Raleigh, NC summarized some of the benefits people seek with the aid of CBD (shortened form of the word cannibidiol). Monica Laliberte, WRAL executive producer/consumer reporter, revealed that many North Carolinians are embracing CBD to help with health conditions such as anxiety, epilepsy and other conditions.

We're happy to be a leader in the Triangle Area for CBD sales since we opened our Online Store with Hemp Oil Rockstar and our Online and Streets at Southpoint Mall Store, Carolina Hemp Hut.

Mary Lòpez Carter, the founder of Hemp Oil Rockstar and the Carolina Hemp Hut stores, started selling hemp oil products in 2017 after she did copious research into products which would help her husband, David Pratt Carter, beat cancer (he had a malignant intracranial tumor). She discovered the promising impact of CBD on people's health. She opened Hemp Oil Rockstar online in early 2018. Soon after finding success with Hemp Oil Rockstar, she leaded space at the Streets at Southpoint mall in Durham, NC to establish a more permanent location to help people of the community with better health options. On October 19, 2018, Mary and her team opened Carolina Hemp Hut in the mall (located near the Microsoft Store). Mary and the team continue to educate consumers with information from scientists, researchers and medical professionals on the benefits of hemp oil extracts.

Even though the Federal Laws on CBD are contradictory, Mary vows to continue bringing 100% Farm Bill Compliant (less than .3% THC) products to North Carolinians in her stores.

"I'm essentially a good health activist. I want to make sure that people know what the studies have revealed about CBD and Hemp Products and I educate them on the products that are legally available to them," said Mary in a recent interview.