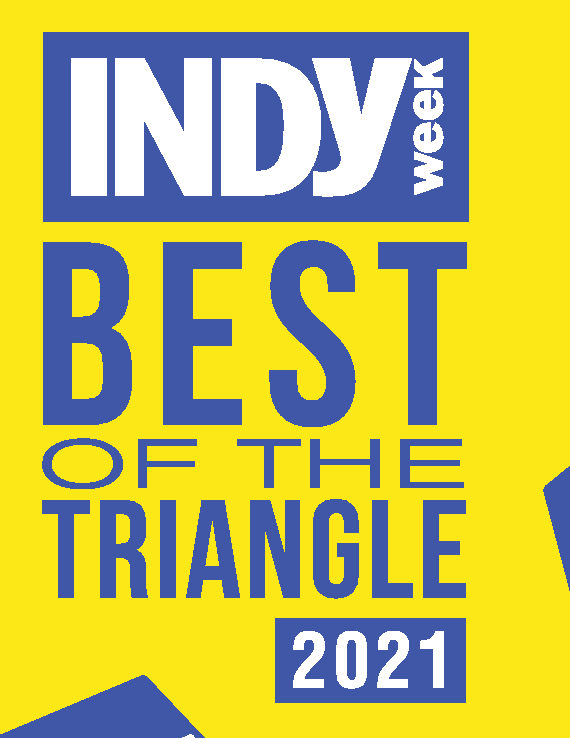 Vote Now!
It’s our Durham County store’s big moment. We need your help too. IndyWeek does their local Best of the Triangle nominations and voting annually and this year, two of our stores: Carolina Hemp Hut – Durham and Carolina Hemp Hut – Hillsborough are up for votes!Show your hemp love for both stores (especially the Durham store) right now – it’s super easy too!Visit the link below and vote for both stores today! Send this to friends and have them vote for us too. Please help when you can.Nominate Carolina Hemp Hut – Durham  (you can cut and paste the name) for “Best New Business – Durham County” on the Retail category voting pages. Nominate Carolina Hemp Hut – Hillsborough for “Best New Business – Orange/Chatham County” as well. Remember, your vote and nomination matters to supporting local small businesses. If  you love hemp for less, then stick with the Hut and give us a vote today!

Who do you think is the Best Hemp Store in Orange County (NC)? 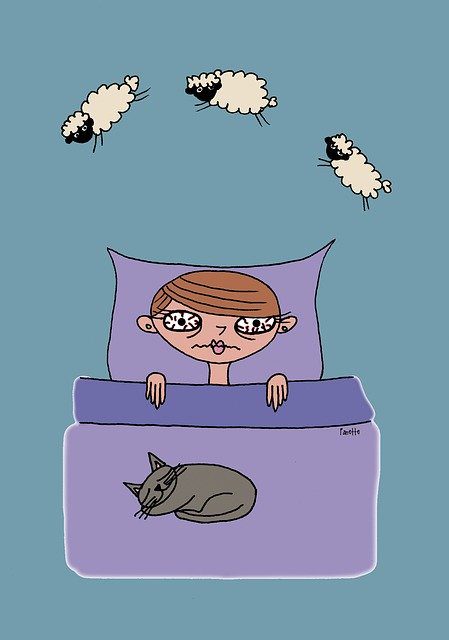 Cannabidiol (CBD) is one of the main cannabinoids in the cannabis plant. Cannabinoids interact with our endocannabinoid system, which helps our body maintain a state of balance and stability.

How can CBD help with insomnia?

CBD decreases anxiety and pain, which can both interfere with restful sleep. Those who experience sleeplessness, or have trouble staying asleep, are often anxious about aspects of their waking life or anxious about their poor sleep patterns. By reducing certain symptoms, it’s also possible that sleep may improve.

According to the Mayo Clinic, insomnia can be caused by mental health disorders (anxiety, post-traumatic stress disorder (PTSD), depression) or physical conditions, such as chronic pain. Those are conditions that CBD may help.

Pain, which may also cause sleep problems, can be helped by CBD as well. A 2018 review in Frontiers in Pharmacology noted that there’s a fair amount of evidence to support the claim that CBD soothes the pain. The authors note that by reducing chronic pain, CBD can improve sleep.

Other research tells us that CBD affects the sleep cycle. Research from 2014 looked at four patients with Parkinson’s disease. It found that CBD improved the symptoms of REM sleep behavior disorder (RBD), a disorder in which a person acts out their dreams. RBD is associated with poor sleep and nightmares.

A 2019 retrospective case study in the Permanente Journal carried out at an integrative medicine and psychiatric clinic investigated the use of CBD for anxiety and sleep. Twenty-five of the 72 patients surveyed reported poor sleep as a primary concern, while 47 reported anxiety as a primary concern.

At the first monthly assessment following the beginning of CBD treatment (25-175 milligrams per day), 66 percent of patients experienced an improvement in sleep, while 25 percent experienced worse sleep. At the two-month mark, 56 percent reported an improvement in sleep compared with the previous month, while 26 percent reported worsening problems associated with their sleep. The patients demonstrated a more sustained response to CBD as a treatment for anxiety than sleep and experienced a more marked reduction in their anxiety than their insomnia.

The authors also noted that the CBD was well-accepted and well-tolerated by the patients in the study, with minimal side effects. 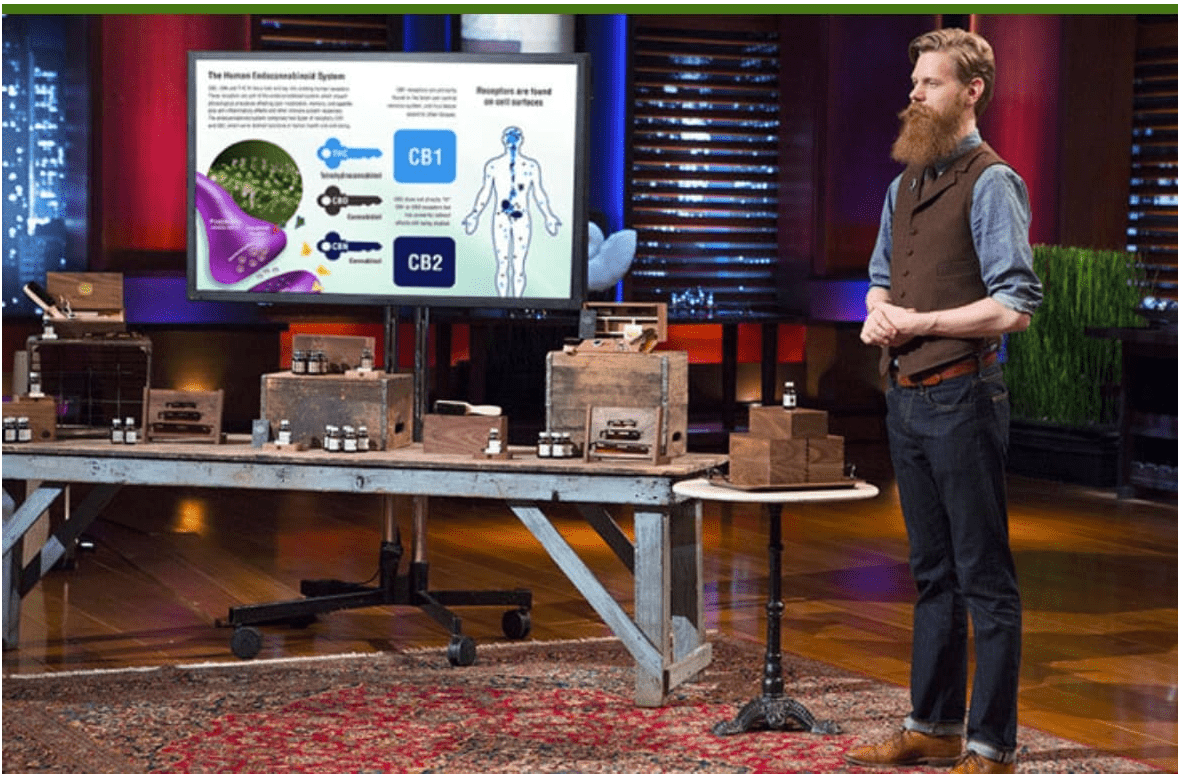 USA Today Checks in with Google

USA Today recently covered CBD and how much it’s being searched on Google. Rest assured that the popularity of this wunderkind of cannabis compounds is not slowing down as far as online popularity.

If you perform your own research, you’ll find plenty of articles from the mass media outlets and, better still, from the academics studying cannabinoids. Even though we’ve been aware of the cannabinoid THC for many years, the popularity of it’s cannabis cousin, CBD, have been only recently propelled into the spotlight.

Like any other mainstream health fad and product, CBD has been marketed by both kind-hearted businesses and unscrupulous vendors. Some selling the hemp-derived compound in various forms to help people address symptoms and conditions such as:

Smart vendors of the products infused or created with CBD know to speak of the abatement of discomfort from these conditions and never lay claims that CBD is a cure for anything directly.

The Good, the Bad and the Ugly

Through the decades, we’ve encountered plenty of health-related product fads. Some of these were based on solid science while others, such as the “Toning Sneakers” and “balance bands” (shilled by the huckster CEO from CBD company called PrimeMyBody, Paul Rogers), were merely tools to separate people from their money while making them think they’re getting a benefit.

How does CBD stand in this?

As far as research goes (as provided in the many Google search results from NIH and related health studies), CBD or Cannabidiol and other Cannabinoids are showing that, for the most part, they’re doing something positive for health from a number of fronts. How effective the various products are really amounts to a small series of questions that need to be asked by consumers:

The smart money is on producers of CBD that is sourced within the United States. This means the hemp is harvested and goes through extraction or isolation in the USA and not imported from China or Europe. While there are many good products available overseas, hemp is one crop that you should scrutinize well before purchasing hemp products. The big reason for this is products should have a COA (Certificate of Analysis) which takes form typically with total cannabinoids being graded. But, good COAs also include Heavy Metal and Pesticide testing. Can you imagine buying a 1/4 ounce of radioactive Chernobyl dank weed on sale for $20? Sounds like a bargain, maybe. The hemp plant is notoriously good at removing contaminants from the soil. If you’re importing CBD products made with foreign grown hemp, you’re not easily able to get the testing results you’d need to be assured that the product is responsibly sourced.

When you’ve checked the data on the COA, you’re more apt to discover whether you’re really taking a super small dose of CBD or you’re taking one adequate to address your particular health concerns. Reverting back to the COA sampled above, we understand that the particular product had 49mg of CBD (rounded down) per dropper from the 1500mg bottle. Since a bottle typically holds 30ml of CBD with the 1ml dispensing dropper, you’re likely to get 30 total doses out of the 30ml bottle (about one ounce). 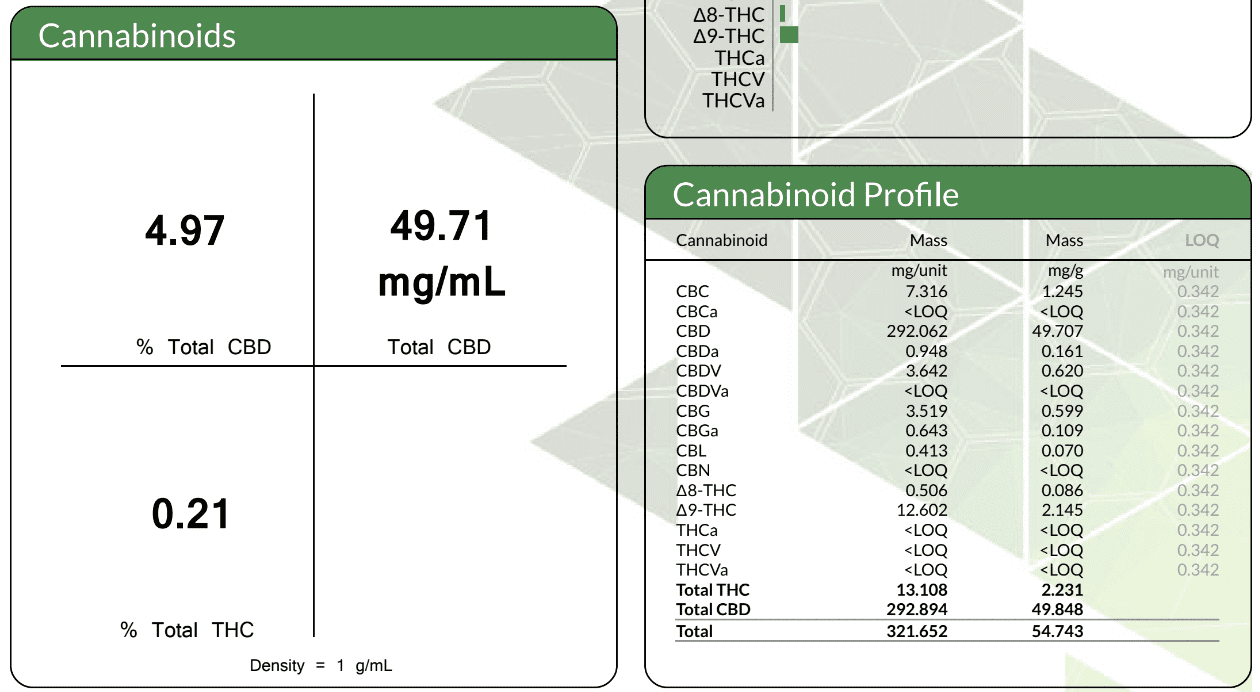 Let’s say you ran into an old friend who you’ve not seen in years. They’re bubbling over their new business venture: They’re selling Hempworx CBD. The price of the 500mg bottle of Hempworx CBD oil is $69 plus shipping. Your friend tells you that this is the best CBD, hands down. Doing the quick math on the investment for CBD from Hempworx, you’re able to find the value at $0.14 per milligram of CBD before shipping cost.

Comparing the cost to a certified organic CBD oil (we’re trying to stick to Apples to Apples comparisons here – Hempworx is not certified organic, but they claim to be organic), we can place Hempworx head to head with Nature’s Love. The price of the 500mg bottle of Nature’s Love CBD oil is $40 plus shipping (but shipping is free if you use a promo code with Carolina Hemp Hut). Running the math for this you’ll find $40/500mg=$0.08/milligram of CBD.

We’re not claiming superiority of CBD product here, but the math becomes a bit easier for consumers to appreciate once they pull together the answers to the key questions.

Back on the COA, we can see whether the THC (not the THCA) is under the legal limits in your State. In North Carolina, we’re required to maintain our product inventory with less than 0.3% of total THC (by dry weight). We are strict about maintaining this compliance as well as making sure we do actively stock LEGAL products with trace THC since THC has been shown to be very beneficial to health (see above pubmed studies).

Finally, you’re going to be better off comparing the snake oil products from China and unscrupulous vendors (they’re a dime a dozen and popping up in Facebook and elsewhere) before you invest any money. An example of one of the known slimier sellers on the web is one that pops up frequently with MANY different names. They set up a UPS Store mail box in Las Vegas or Chicago or similar, create a website and start creating ads on Facebook and Google searches (against the policies of both). These ads stick around until enough people complain to the platform management. When this happens, they just change the name and launch a new website with a new Post office box in some big city.

Here’s an image from one of the slimier sites:

The team at Carolina Hemp Hut has been working with authorities and industry leaders to ensure that all products offered under the Carolina Hemp Hut and Hemp Oil Rockstar umbrellas are above-the rest when it comes to product quality, strength, price/affordability and availability.